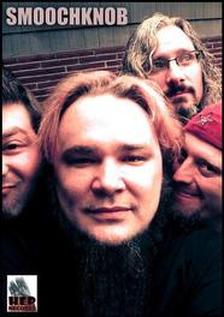 HEP Recording Artists based out of Portland Oregon. They are widely successful with sold out shows filled with crowds that sing along to every song. Plus they enjoy national radio airplay / record sales that is quickly shifting the band into over-drive. Next three years have three albums planned for release as well as constant touring.

Smoochknob is led by drummer-vocalist and founder Donnie Rife. Formerly drummer / singer of the legendary Midwest band The Blue Meanies. He formed Smoochknob (reference to Midwest slang for a suicide knob on steering wheel on a car) Shortly after he moved to Portland, Oregon. His catchy tongue-in-cheek songs garner comparisons to similarly infectious and clever punky bands like Weezer and Presidents of the U.S.A. Calling his music Gay-core; Rife's Elton John on Rivers Cuomo stylings will be in full force on their new album Junior High Anthems in stores September 2011.
Willamette Week Article