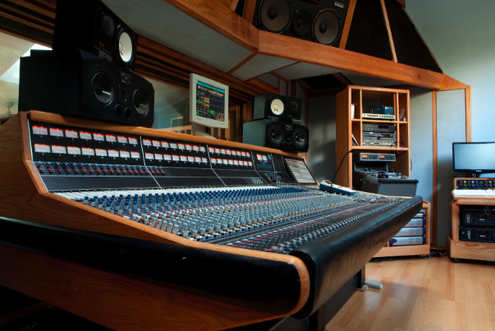 Our studio is located in Oregon City just 15 minutes from downtown Portland. Supernatural Sound has hosted and recorded many influential artists, producers and engineers. From Everclear, Wilco, Smoochknob and Floater to The Decemberists, The Shins and The Thermals. Countless national bands have recorded here. This is no coincidense. SNS has all the tools neccessary to produce an album worthy of major label attention and national exposure. We've also recorded / mixed for world renown artists Sheyrl Crow, Tommy Tutone, Modest Mouse, Bright Eyes & many more.


GRAMMY ALBUMS AT SNS: The Shins recorded their Grammy nominated album "WINCING THE NIGHT AWAY" at SNS with
Producer Joe Chicarelli. Bright Eyes won a grammy for their album "Cassadaga" which was tracked at SNS.

Keeping the analog dream alive and well here at Supernatural. We invite you to experience what one of the finest analog consoles on the globe can do to your music. Thanks for your interest in Supernatural Sound. Feel free to contact us with any questions or to set up a tour of the studio.
Call: 503-432-8079